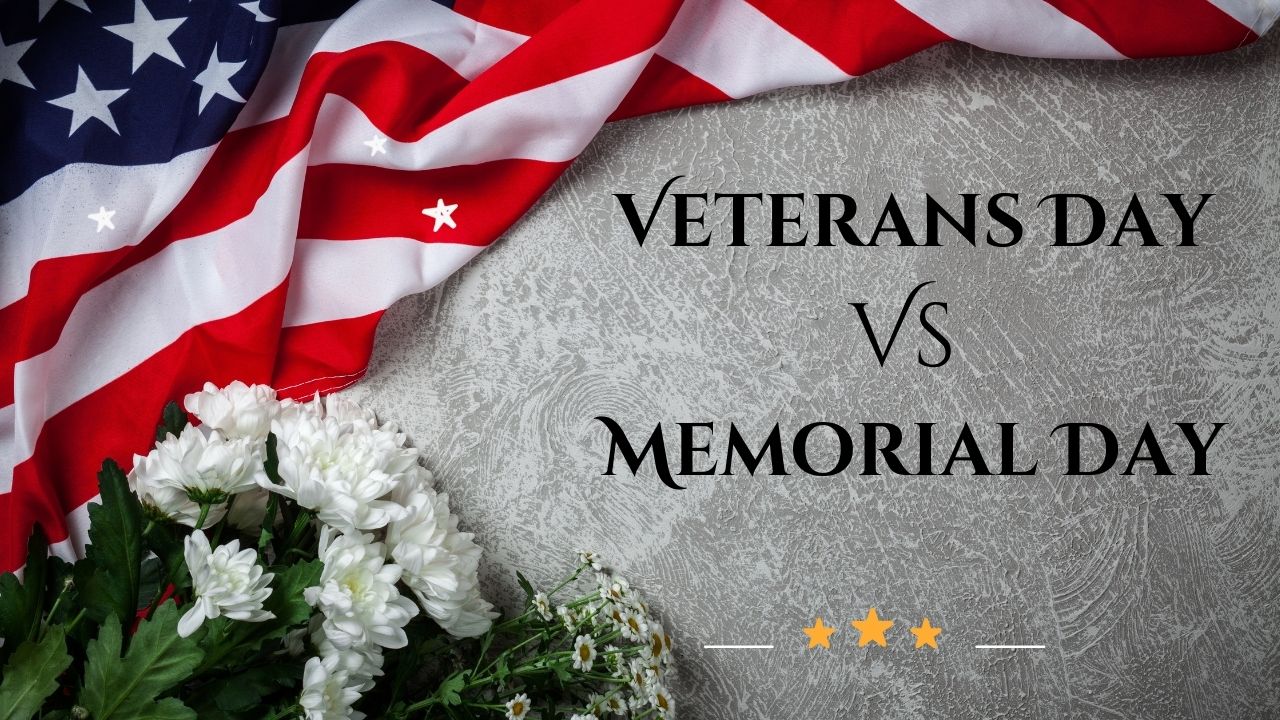 Veterans Day and Memorial Day are usually confused with each other, but they are clearly distinguished from each other.

Veterans day is observed for paying thanks and accolades to the veterans or people who have served the U.S Army/Military in the past or are still serving in the Army. They include both dead or alive veterans. Both men and women are included in this.

By celebrating Veterans Day, the citizens of the United States pay tribute to the ones who died and sacrificed their lives fighting for the country. Saying thanks to the ones that have provided their services to the Armed Forces and are alive or are still serving the country is also the purpose of this day.

Veterans day has its roots in World War 1. World war 1 started in July 1914 and ended in November 1918. The United States and Germany were opposite to each other in the war. After three years of continued fighting, an Armistice was signed between the Allies and Germany. This Armistice resulted in the ending of the war.

The Armistice was signed on November 11, 1918. This day was known as Armistice Day. But later on, its name was changed to Veterans Day. Veterans Day became a national holiday when Congress signed a bill in 1968. This day is celebrated in the remembrance of the veterans, especially those who fought in World War 1 and sacrificed their lives.

You can honor Veterans Day in many ways. You can donate to retired veterans, visit the family of a deceased veteran, join a veteran ceremony, display flowers, and candles, display flags of your country, visit a veteran, and visit a veteran’s hospital. You can also wish and pay thanks to a veteran with flowers and a gift.

Memorial Day is a national holiday in the United States. It was known as Celebration Day in the past. It became a federal holiday in 1971. It is observed on the last Monday of May every year. This holiday is celebrated to pay accolades to the people who have died serving in the U.S. Army. It is also a day to rue over those who are dead.

Memorial Day was initially observed to accolade those who died fighting in the Civil War. Congress passed an act in 1968 which approved Memorial Day as a National Day.

How to Honor Memorial Day

Memorial Day can be honored in many ways. For instance, you can join a memorial walk, decorate your house or workplace with flags, display pictures of martyrs, lit candles on the roadside, and display flowers with medals.

On this website, we share with you each & every type of LQW that you can see & get from here.

We use cookies on our website to give you the most relevant experience by remembering your preferences and repeat visits. By clicking “Accept”, you consent to the use of ALL the cookies.
Do not sell my personal information.
Cookie SettingsAccept
Manage consent

This website uses cookies to improve your experience while you navigate through the website. Out of these, the cookies that are categorized as necessary are stored on your browser as they are essential for the working of basic functionalities of the website. We also use third-party cookies that help us analyze and understand how you use this website. These cookies will be stored in your browser only with your consent. You also have the option to opt-out of these cookies. But opting out of some of these cookies may affect your browsing experience.
Necessary Always Enabled
Necessary cookies are absolutely essential for the website to function properly. These cookies ensure basic functionalities and security features of the website, anonymously.
Functional
Functional cookies help to perform certain functionalities like sharing the content of the website on social media platforms, collect feedbacks, and other third-party features.
Performance
Performance cookies are used to understand and analyze the key performance indexes of the website which helps in delivering a better user experience for the visitors.
Analytics
Analytical cookies are used to understand how visitors interact with the website. These cookies help provide information on metrics the number of visitors, bounce rate, traffic source, etc.
Advertisement
Advertisement cookies are used to provide visitors with relevant ads and marketing campaigns. These cookies track visitors across websites and collect information to provide customized ads.
Others
Other uncategorized cookies are those that are being analyzed and have not been classified into a category as yet.
SAVE & ACCEPT